Is this doing the rounds?

I have had the most terrible time. I woke up on Tuesday with dreadful vertigo. 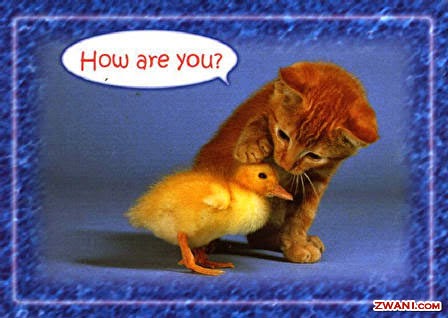 I couldn't walk without the feeling of falling over and the room spinning,  but even worse with each movement of my head I had horrendous vomiting. It was so bad my DH phoned our Dr's surgery for a prescription or something to stop the continuous vomiting.
And wow!!!..... we had a phone call  back from a Dr who said he would visit me in the afternoon for a HOME VISIT!!!
Gosh I didn't know they still did such things.
He arrived with a hypodermic needle!! It didn't hurt (much!!) but as an ex nurse I don't think he had had a lot of practice. But it was to stop the vomiting as I was close to getting de-hydrated.  I was also given a prescription for some tabs that weren't to swallow but to put under my top lip so it that it was absorbed.
However there was a problem with the prescription, well several!

1. The local chemist didn't have it.
2. DH drove into town to Boots. The drug  the Dr had prescribed wasn't available but the chemist suggested one that was..
3 However... the prescription didn't have my name on it, nor did it have the dose!

So back to the surgery to get it sorted. While my lovely DH was doing all this, the injected drug had worked and I was blissfully sleeping! I was exhausted as I had been awake since 5 o'clock and had been continuously sick.
Eventually I had the tabs and thankfully all the vomiting has stopped and today I have what can be called a normal cold, a cough and runny nose! First I have had for years!

But I am very grateful for the treatment I have had, so the when it works the good ol' NHS does work albeit with some hiccups!
Thank God.

Oh dear! Glad tablets are doing the trick. I am not feeling to great myself for the past week but can't say exactly what is wrong... feeling so so tired and aching everywhere.

So sorry to hear you have not been well but glad that the doctor found something to make you feel better. I hope you will soon be over your cold too.
We really do have a great NHS.

Thank goodness the worst is over. That is losing weight the hard way!!! Take good care of yourself.

So glad to know you are getting better... What was the official diagnosis?
Here in the US the doctors don't do house calls. It's one thing I miss - I grew up with doctors coming to you when you are sick.
Get better soon!

You're not developing BPPV are you? Good to hear your medicine worked.

Oh how terrible! Get some rest and hope you feel better soon!

I have not had vertigo - - but heard it is horrendous. So sorry you experienced all that but glad you didn't end up in the hospital. Are you eating any chicken soup?!! Colds are aggravating cuz you are stuck with them for a week to ten days. We will pray it gives you no complications.

Oh no! Vertigo and vomiting are not fun! Good thing you were able to get relief from them with the meds, but what a challenging day for both you and your hubby.
Blessings,
Aimee

Sending you lots of love and sweet hugs x

Hope you get to feeling better

A home visit? My word! I thought you had to be at death's door to get one of those these days. Last time I requested a home visit, I was so ill, when it was refused I couldn't get to the surgery for 3 weeks to be seen. Turns out I had a streptococcal infection when I did finally make it there!

Hope you are feeling a bit better now? The cold sound like the better bit of the two.

My Sister-in-law has vertigo and hers has just flared up too! I pray you feel better today! HUGS!

Sounds awful, Chris. Glad you are much better now.