This is my March finish for OPAM
It's the little square design by Gail Bussi.
I loved stitching this and intend to frame it to go with some other little designs that are in squares. 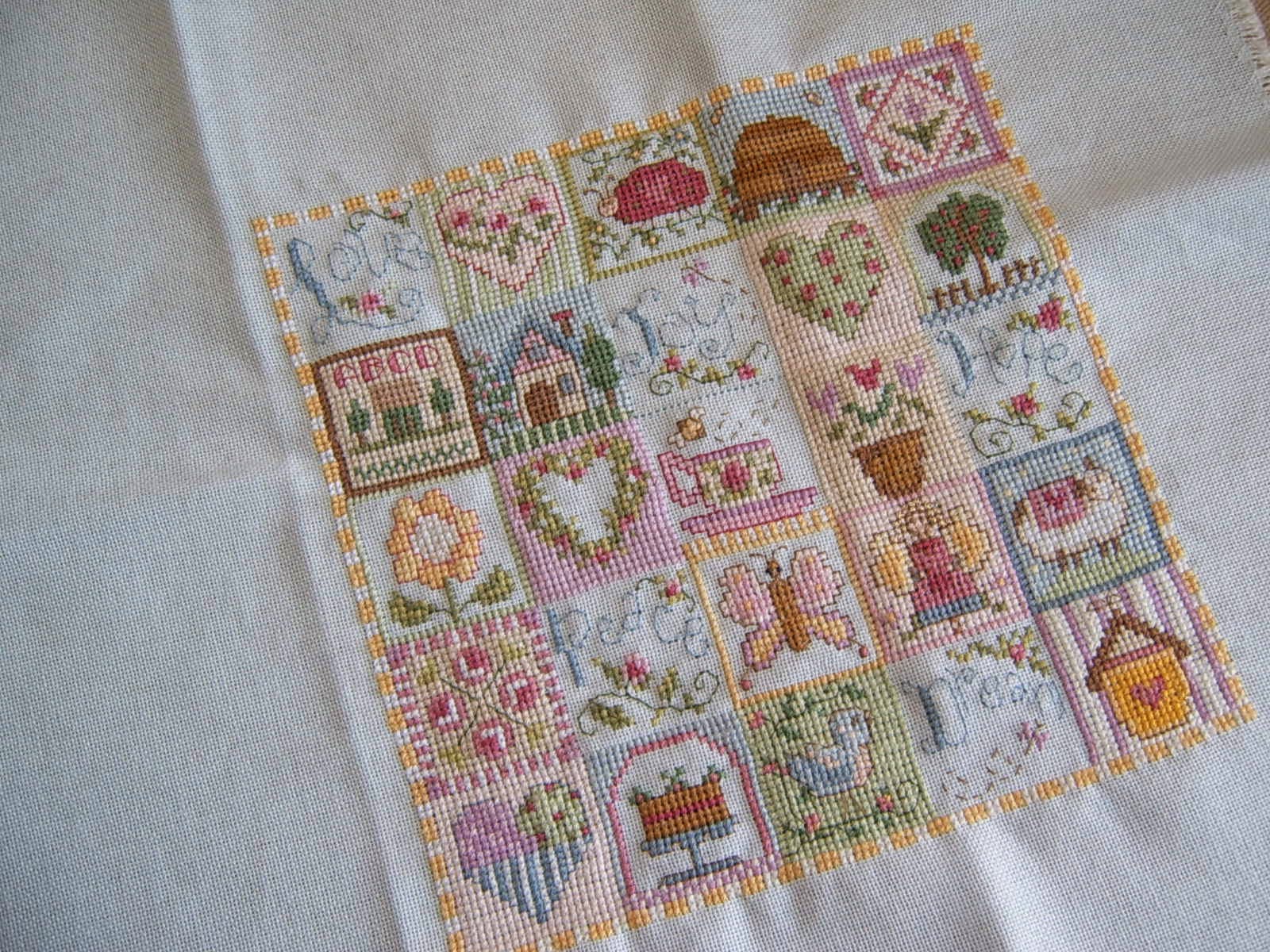 For April I hope to finish this cardigan. The yarn is from Drops and is a mixture of wool and alpaca, so very soft. I bought it when I went to Yarn Dale last year. 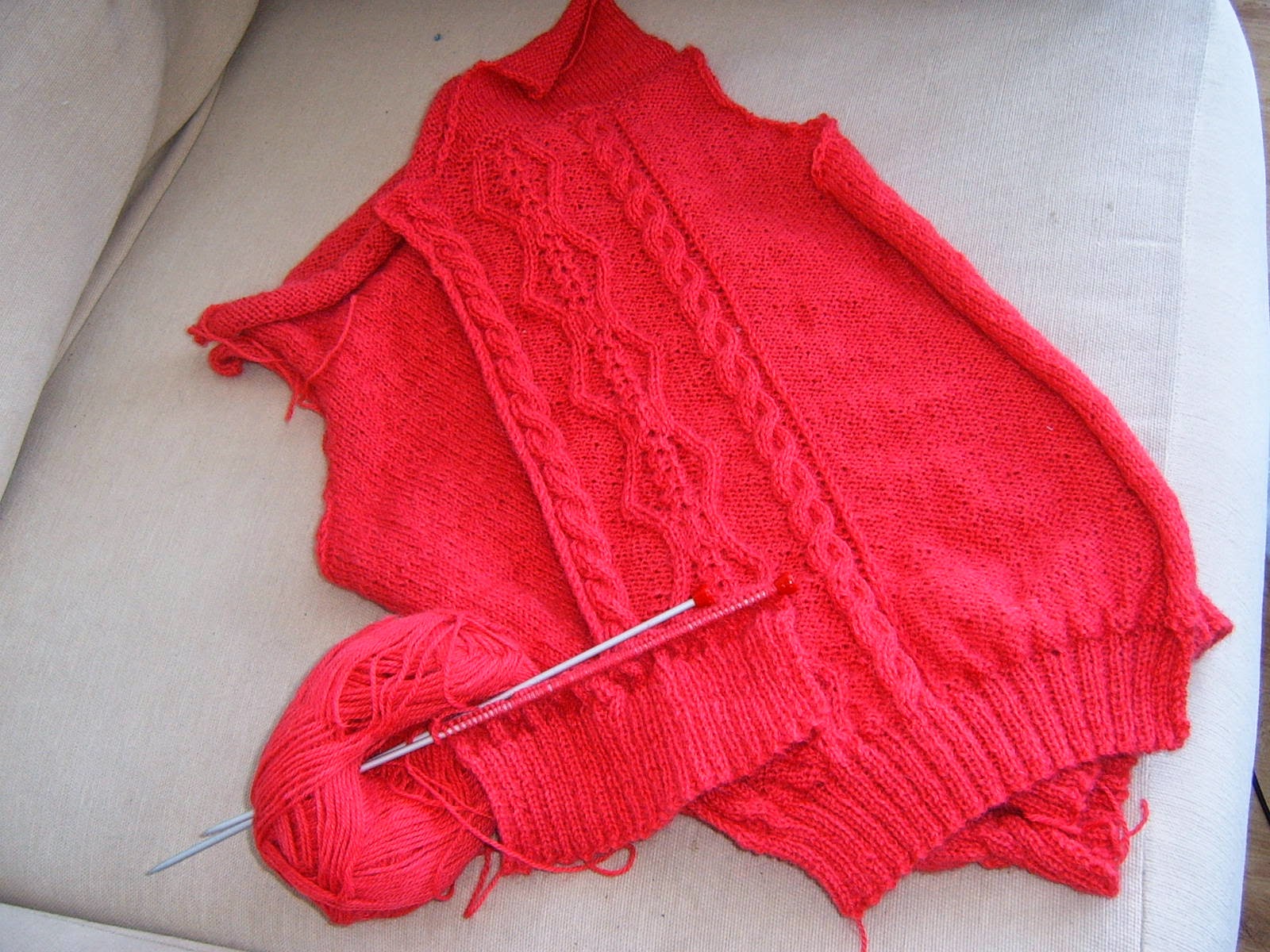 I am looking forward to knitting for a change and as I am on the last sleeve there is a good chance to get this finished!
Hello to my new followers, I am working my way through all your blogs, such wonderful work and fantastic photos.
I have loved reading about your crafts and life stories, we are all like a family from all over the world.
Happy blogging all.

Back to my Home town

Thank you for all the get well wishes. I am a lot better.
This was where we were Friday evening and it was lovely
On the horizon are the houses and our B&B where we stay each time I come back to the town where I was born and brought up.
Nell played 'fetch' on this beach Friday evening till she was worn out.
And we walked for a mile or two just taking in the views across the beach out into the sea. I collected some shells and pieces of sea smoothed coloured glass, still a little girl at heart looking for treasures! 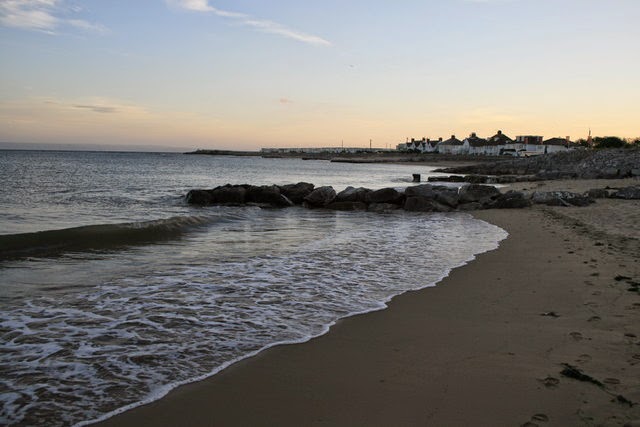 The dunes are famous.. as it was here that the film 'Laurence of Arabia' was filmed! But I remember them for another reason. Just out of sight is Gorwelion House.
Where as a girl guide I stayed many a weekend and it was on these dunes we practised our semaphore! We had to be within shouting distance of each others' groups to shout what our message was supposed to be! We'd run up and down till we were breathless and had such a good time. Was it really 50 odd years ago I did all that? 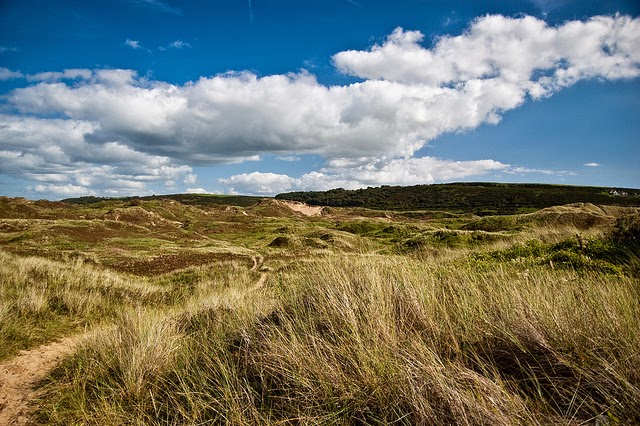 Such happy memories, I wonder where those girl guides are now? And do they remember the dunes at Newton in Porthcawl with affection too? 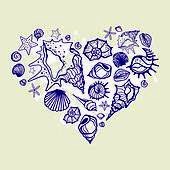 I am trying to think happy thoughts but in this last week I have had a horrible cough. 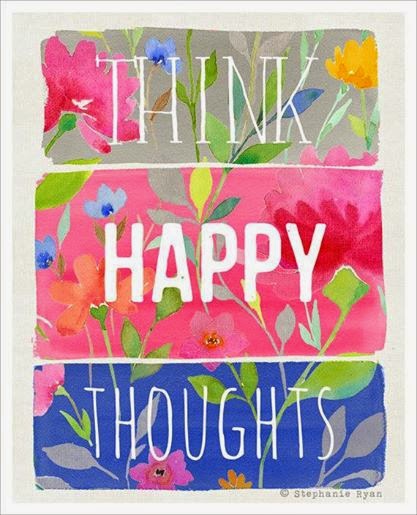 It started a week last Sunday (Mothering Sunday) and progressively got worse and worse. By Wednesday it had turned into a full blown cold and I was miserable. I haven't felt this ill for years. But on the afternoons when I felt slightly better I got on with my stitching.. and of course DH waited on me hand and foot! But although I was ill I didn't lose my appetite and so welcomed all the meals and even a cake (oh dear naughty but nice!) Yesterday was the first day I went out.. I went into town to the library as I a book ordered  was in, but it wasn't there.. and to be honest I had really struggled to walk the length of the High St; it was the first walking I had done all week so my legs felt heavy and unresponsive! It was  a struggle to walk back to the car and I just drove home, thankful to sink back into my arm chair!
Hopefully I will be raring to go sooooon!

A tragic tale but beautifully sung.

Last Saturday we were transported into an enchanted Japanese water garden for the  spectacular in-the-round production of Puccini's Madam Butterfly at the Albert Hall.
Set in Japan at the turn of the century, this tale of the doomed love of an American naval lieutenant and his young Japanese bride inspired Puccini to write some of his most sublime and beautiful music.
It was magic! My DH had never been to an opera before and this was perfect for a first visit. The set was unbelievable with the little Japanese house set in the middle of a Japanese water garden.  I booked it all last minute a couple of weeks before and asked for the best available tickets that were left and they were the 'best.'  We were in one of the logia boxes with six other people and as it was just right of the centre of the auditorium, a perfect place to sit with a magnificent view.
The magnificent love duet which closes the first act and Butterfly's celebrated solo One Fine Day, in which she shows her unwavering belief that Pinkerton will return to her, are just two of the greatest moments. And when, after several years, Pinkerton eventually returns with his American wife, Butterfly realises she has been betrayed and the opera moves to its powerful and tragic conclusion.
The singing was wonderful, such beautiful voices, it was all very emotional and I wasn't the only one with tears in my eyes at the closing aria. I loved, loved, loved it and if it was still running I'd go again and again! 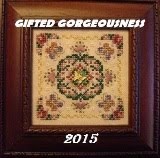 It's the 15th of the month so time to reveal what my gifted gorgeous piece is going to be... and it is..

My fairies at the Bottom of Our Garden!! It's a beautiful chart gifted to me by Cath.
I saw it on someone's blog, fell in love with it and asked if anyone had it. Cath knew it was in a magazine and searched and searched through her pile and sent it to me.
I have started it and at the last time it looked like this... bit creased as it is linen.
So I will have two larger designs as my wips, so I think I best choose a 'small' along side as my 'squares' are nearly finished and will be my March OPAM! 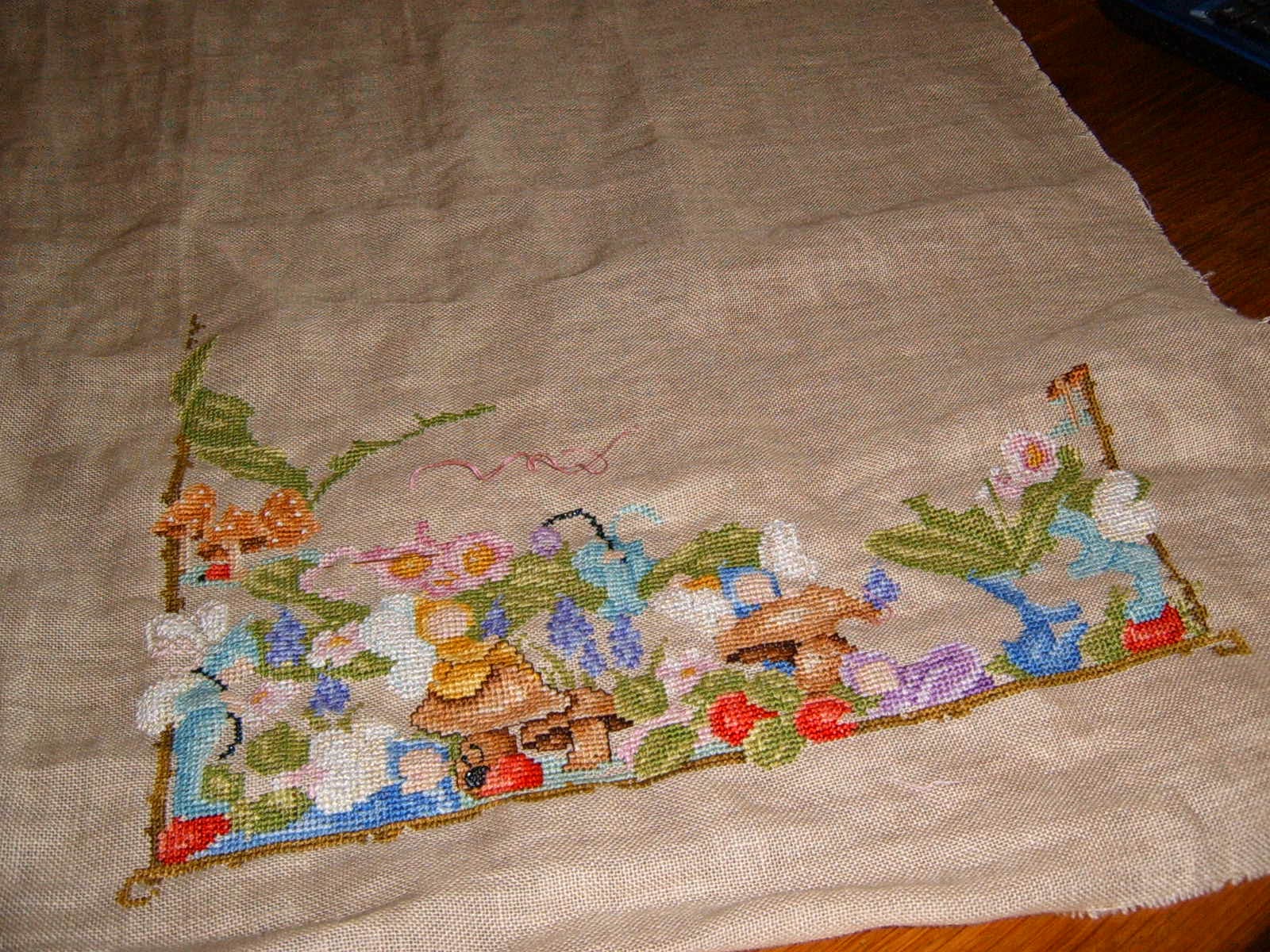 It's Mothering Sunday here today, I have had three cards although I have four grown up children but one son hasn't spoken to me for a few years, who knows why?? I don't!
But I do find it very hurtful as my own mother died when I was two, and in all my growing up years.
I longed for a mother.. but here I am a mother and a grandmother, and a fairly rounded person so I survived.. but how I cried as a small child and wished and wished...

We had a delightful afternoon last Saturday at the theatre to see......... 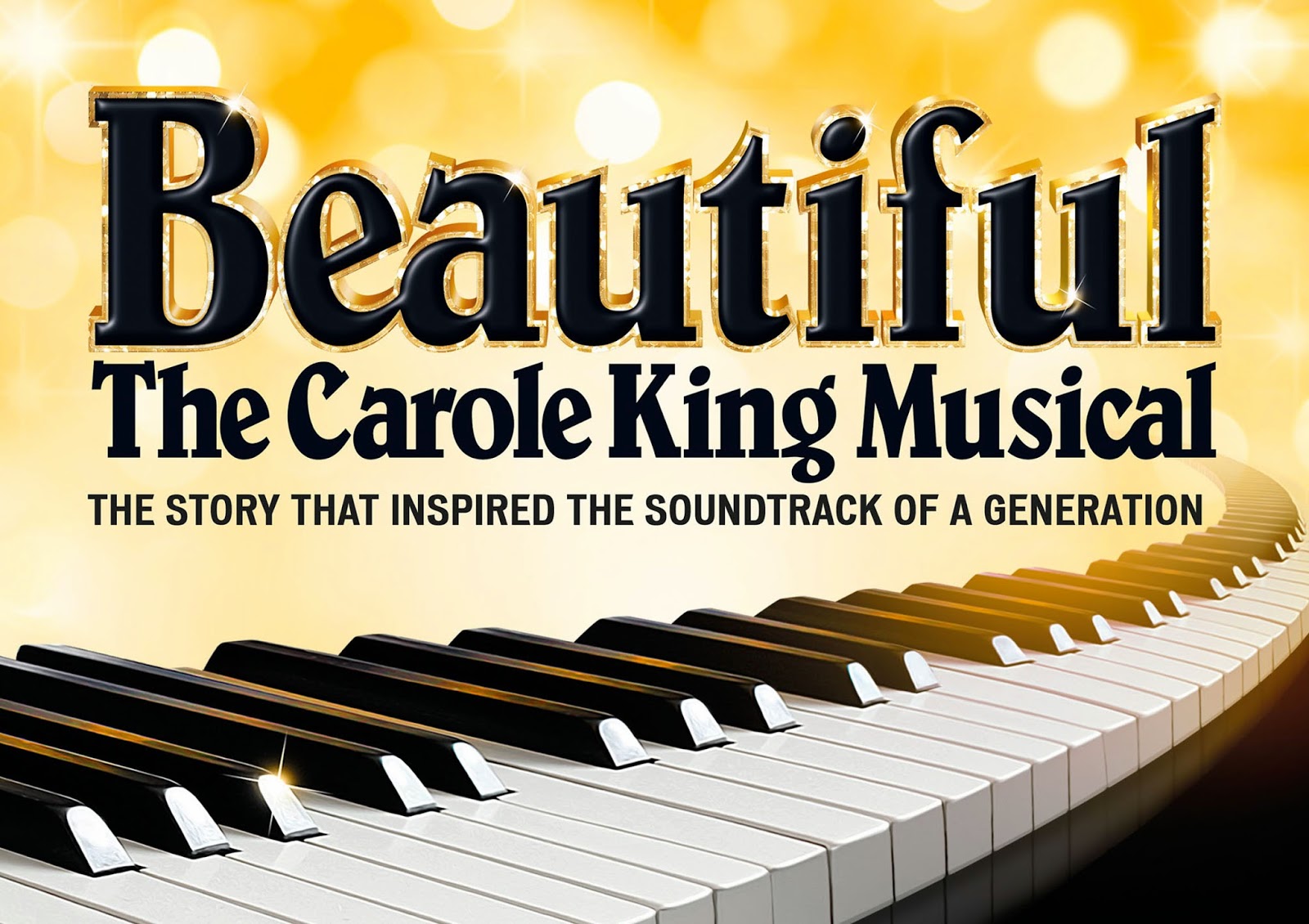 Katie Brayben, who played the part of Carole King was amazing.
Her voice did the real Carole King proud. 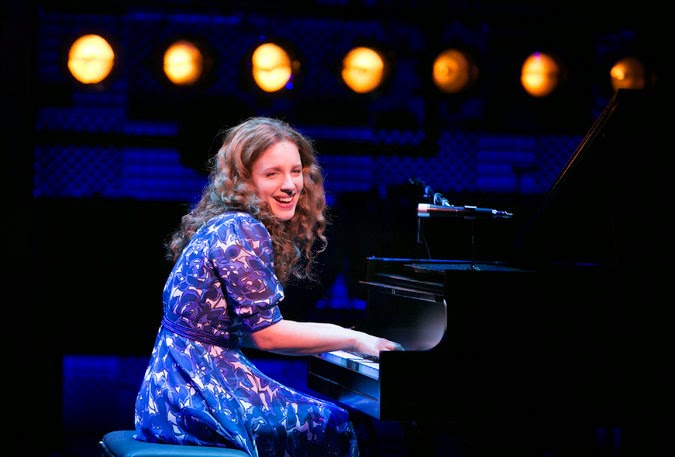 We absolutely loved it.. who wouldn't such beautiful songs and music.
Her greatest hits – So Far Away, You’ve Got a Friend and Will You Love Me Tomorrow, had the whole audience in raptures including ourselves. We are so glad we live so near to London to be able to see such wonderful musicals, just the sort of thing we love.
If you have a chance to see this, do go.. you will be tapping your feet and singing the tunes long after you've left the theatre.

This is where this little design was a month ago.. 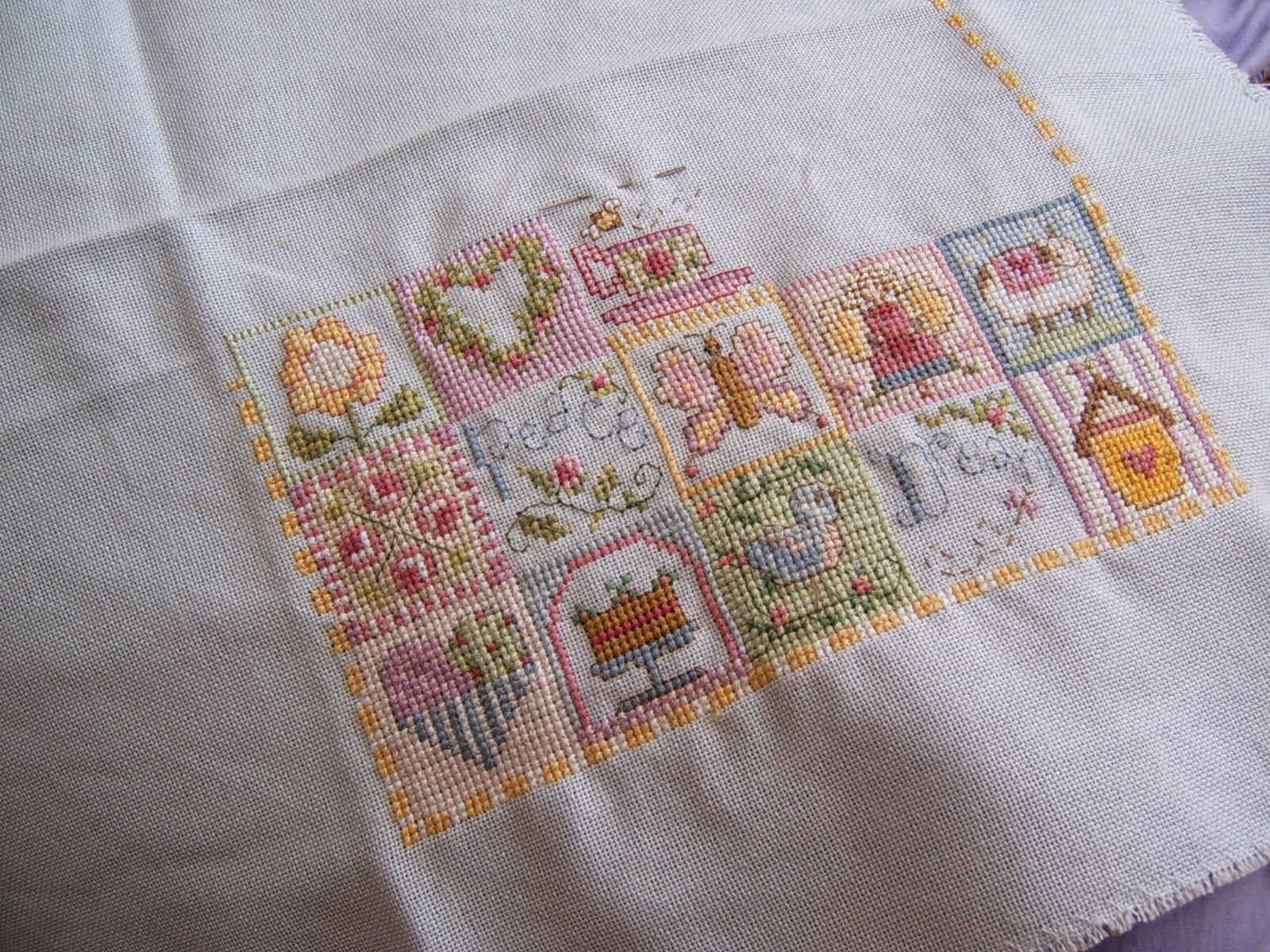 And now I have now completed another 5 squares
I hope to finish this by the next month. 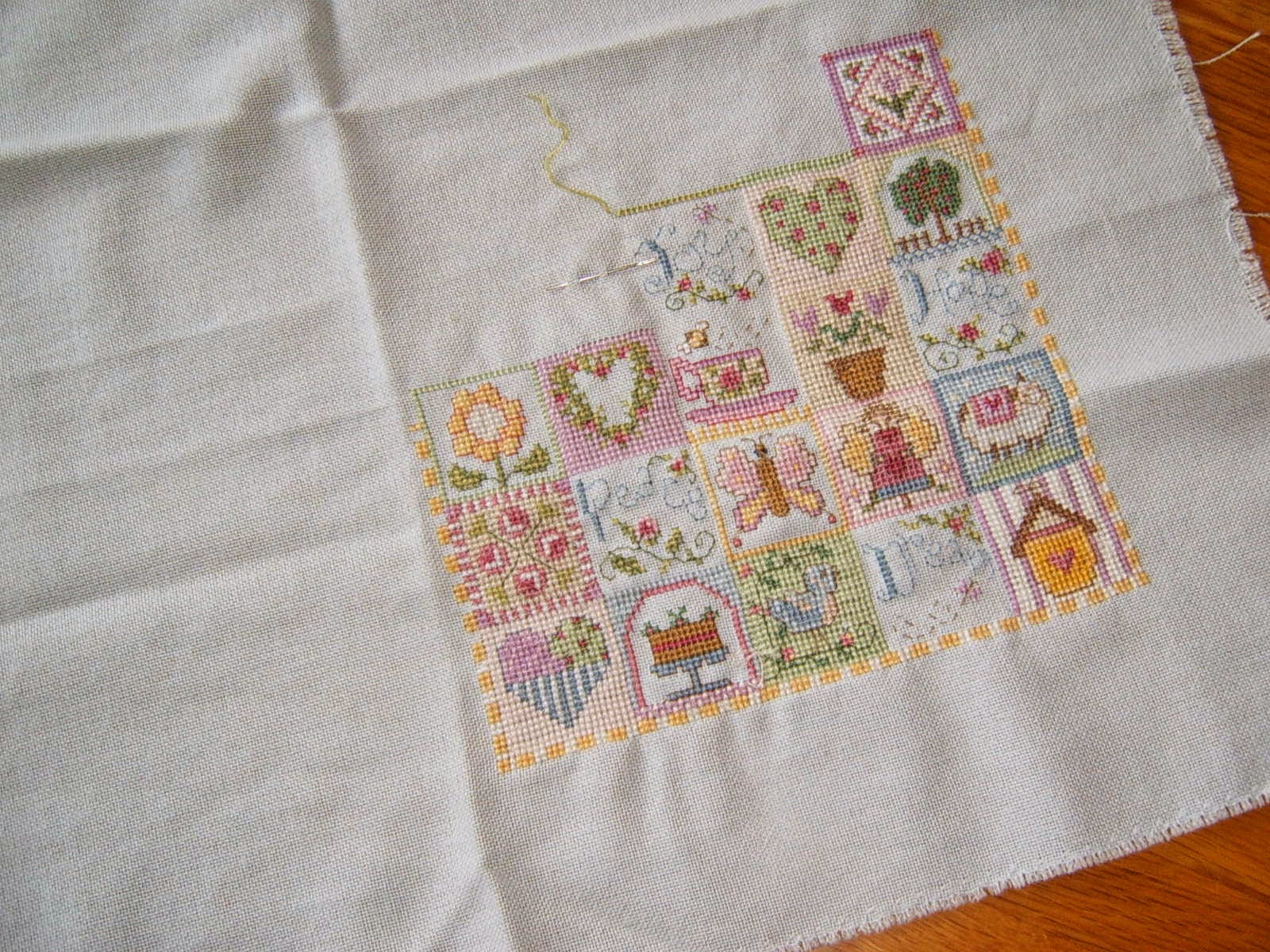 And my Blue China and Tulips has made progress too 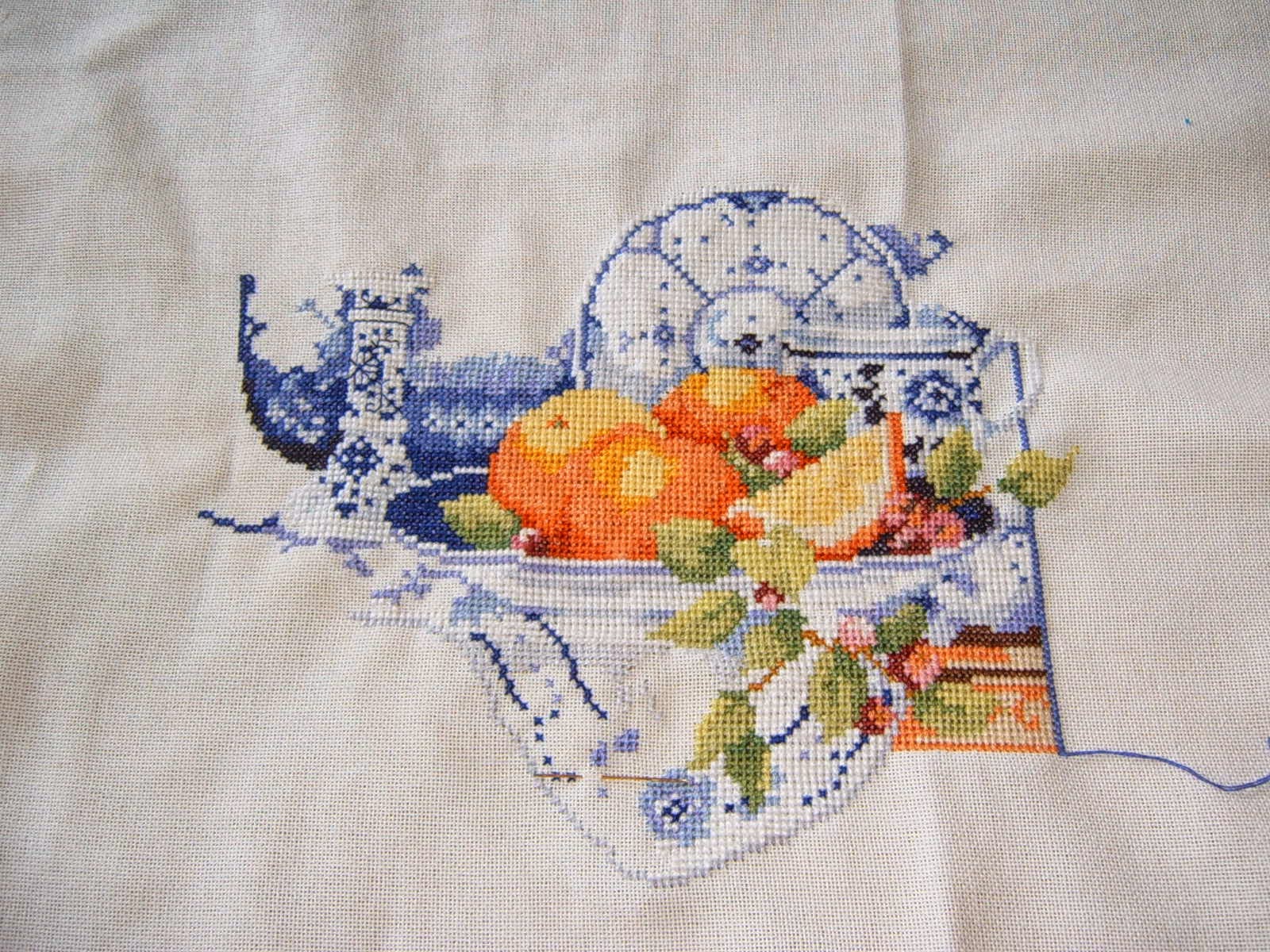 Some of the cloth is half stitches and in the evening with artificial light even with my magnifying glass it is difficult to see what I am doing!
But I love stitching this and am so pleased with my progress.
We are having some spring sunshine but it is still chilly.
Hopefully the warmer weather will dry up our wet parts of our garden which has been like a quagmire!
Roll on summer!
Hope you're all enjoying some sunshine too.
Doesn't it brighten up your day and put a skip in your heart when the sun shines.
Be happy!!