A sad time for me and my children tomorrow as the last surviving sister of my mother has died.
She would have been 96 last week.
I spent a lot of time with my aunty Ray as my own mother died when I was two and a half, and as she had a daughter more or less the same age as me, I stayed with her every summer holiday. 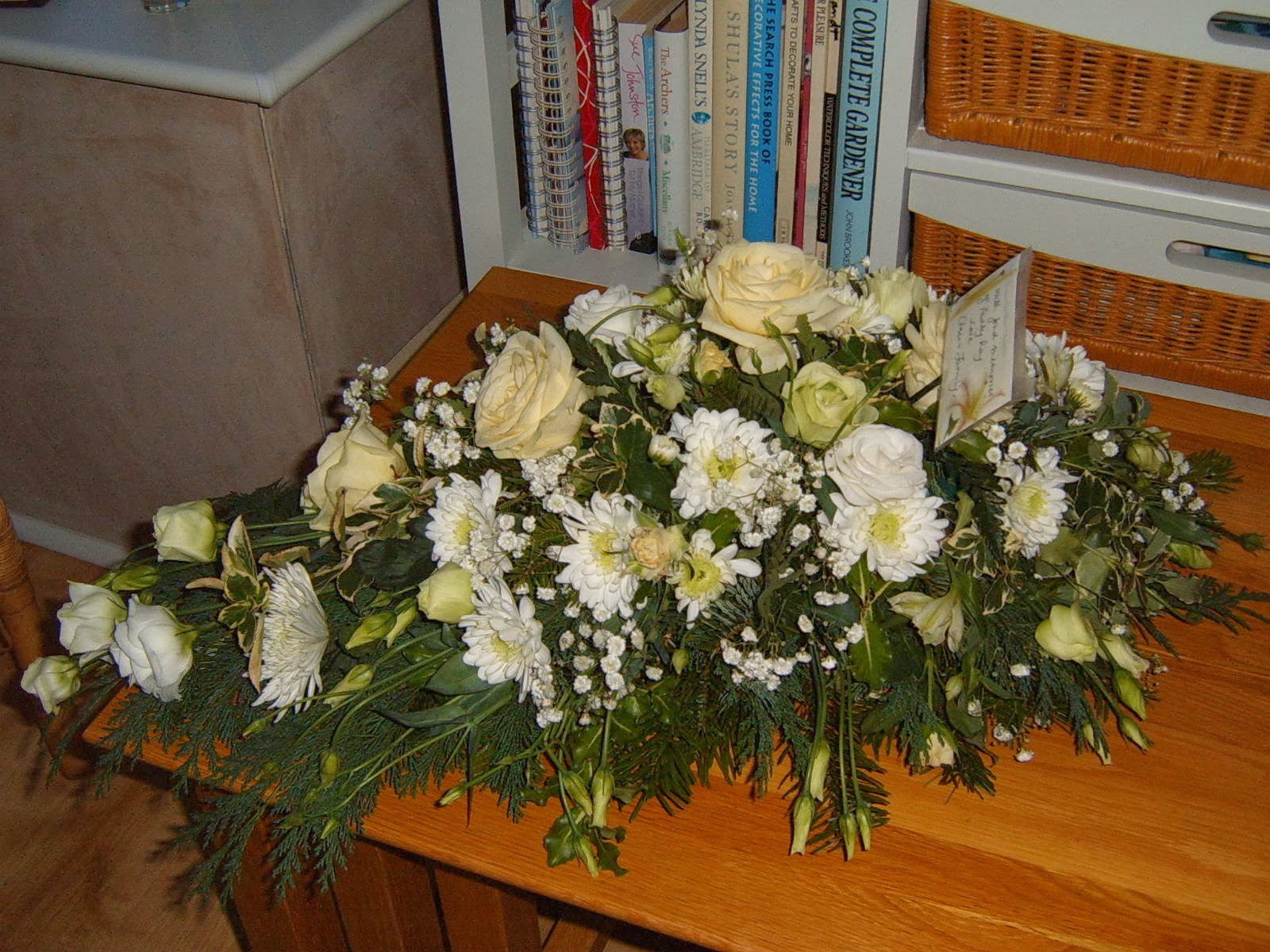 I would have loved to have seen her again, but my cousin said she wasn't well and didn't look as she used to and was very confused.
My DD stayed with her for 2 weeks when she had finished her Exams in 1981 and I was teaching.
And on another occasion she came and stayed with us, when my #1 DS came out of hospital after major surgery in 1988 So she didn't just look after me, but my children too.
I have some lovely memories of her.
It was she who told me that the new kittens came out of the cat's 'front bum' I was 11 years old and didn't have a clue what that meant! It was she who introduced me to 'The Archers,'  the radio programme that has been going since 1953. I still listen to it today and even when we were in Australia we listened to it on line!
I have a lovely memory of her trying to shovel up a frog that had come into the kitchen of the stone cottage where they were living. Each time she got it on the shovel it hopped off, and we laughed and laughed and I was only three or four.
So I do have a treasured memories of her and 96 was a wonderful age.

It is always very hard and sad when you have to miss a beloved and special person. Only memories remain to cherish. And you do have a lot of good memories. Thanks for sharing.

So sorry for your loss.
Your aunt sounds like a very lovely person. How lovely that you can cherish your memories of her.

Oh I am sorry for you and your family Chris. 96 is a very, very full life!

Hugs love and prayers for you and your Family!

Sorry to hear of your loss Chris, but lovely that you have such fabulous memories of your Aunt.

I'm very sorry for your loss, Chris. I know you will take great comfort in your memories of your aunt.

I am so sorry for your loss Chris! HUGS!!

May God comfort you and your family in this time of loss Chris. It sounds like she was a very wonderful woman and you will always treasure these and other memories of her.
Blessings,
Aimee

So sorry for your loss...sending hugs and prayers....

Oh Chris I am so very sorry. She sounds an amazing and very special lady who lived life to the full and thought of others. A life well lived. Sending hugs and prayers xx

So sorry for your loss. I understand the sadness and pain losing a loved one. You and your are in my prayers.

Chris, I'm so sorry for your lost. Thanks you for sharing your memories with us. The frog story made me laugh. Sending you and your family lots of hugs.